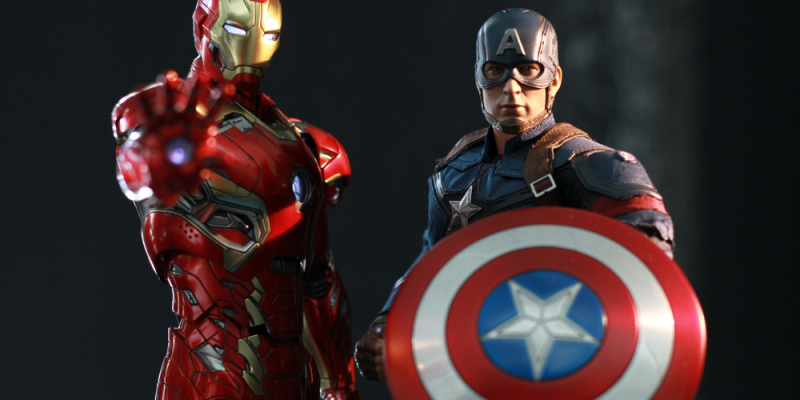 Exceptional acting works are typically found in drama genre, not in action-packed films. But if they are done right, superhero films can be stunning in terms of acting performance. Fans clearly know what they want and heroes can be portrayed in a wonderful manner. The Iron Man franchise isn’t only remarkable for its special effects and explosions. The rich CEO Tony Stark, played by Robert Downey Jr. is a unique individual. He appears to be bold, wild and somewhat immature. But, he is also a genius and resourceful individual with exceptional sense of business. Originally, people thought that Downey is an odd choice for this role and he ends up playing the character really well. As a person with troubled past and issues with drug abuses, Downey is able to use his past life experiences to perform well as Tony Stark. We could see direct correlation with Downey and how Stark is represented in the Iron Man films. Downey has acted the part and he has strong contribution in making the franchise becomes incredibly popular.

Peter Parker is just an ordinary, guy next door kind of person. This makes Tobey Maguire a good selection for the role. The story starts before Parker gained his super human abiliuties. Just like tge treaditional storyline, we see how Parker loses his uncle, wins over Mary Jane and has troubled friendship with the rich classmate Harry Osborne. Maguire doesn’t look tough enough for a superhero film, but he is actually ideal for the role of Peter Parker. Although the film uses a lot of CGI, Maguire is still able to play for the intended role. His nerdy appearance and calm demeanour are ideal for Maguire and he also took confident-looking roles in the film.

Hancock is essentially an anti-hero film, about a person with superhero capabilities who lack the psychological traits of a hero. Will Smith’s performance in the film is simply unbeatable. Hancock is person who forgets his identity. In his attempt to help people, he ends up causing so much damage that he is hardly considered as a much-loved superhero, for commoners. He is out control, drunk and sloppy; it is clear that Hancock needs help as well. Realizing the problem that’s faced by Hancock, a public relations professional wants to help him. It is a known fact that Smith is a highly versatile actor. He started as a comedian in a sitcom and in Hancock, Smith becomes an entirely different individual. Although Hancock is a mess, Smith knew that he shouldn’t overdo the role. There is also a bit of humor in various scenes of the film. It’s actually easy for many actors to over exaggerate their roles, but Smith is able to avoid this situation. In the end, we know the identity of Hancock as a superhero and the tragedy-like storyline is significantly lightened. Charlize Theron has a surprisingly major involvement in the storyline and not just getting an ordinary supporting role, which is quite a twist.

Four Ways to Detoxify Your Body

How to Improve Indoor Air Quality?