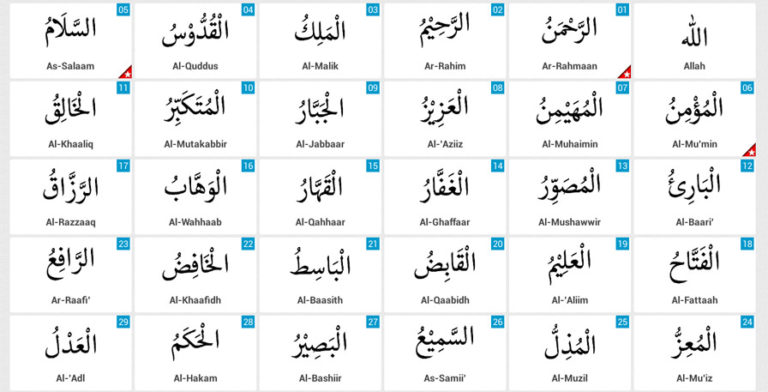 The Muslims believe that the Asma-ul-Husna have so many benefits. Muslims recite names of Allah daily on their prayers for the protection, good health, comfort, wealth and for the blessings.

The Holy Prophet Muhammad (P.B.U.H) said: “ALLAH has 99 names, anyone who learns them will enter in paradise.”

And (all) the Most Beautiful Names belong to Allah, so call on Him by them, and leave the company of those who belie or deny (or utter impious speech against) His Names. They will be requited for what they used to do. (Surat Al-A’raf 7:180)

Say, “Call upon Allah or call upon the Most Merciful. Whichever [ Allah name] you call – to Him belong the best names.” And do not recite [too] loudly in your prayer or [too] quietly but seek between that an [intermediate] way. (Surah Al-Isra 17:110)

Benefits of Reciting Names of Allah:

Here are the key benefits of reciting Allah names daily:

How to Choose Bathroom Tiles for Small Bathroom